A man advertised on eBay that he is going to rent his forehead for 30 days as an advertising space. He has said that the winner can send a temporary tattoo design which can be a company name or a domain name or even a logo and that will be advertised on his forehead.

A man from Florida has auctioned his liver on eBay. The bid has reached $ 5.7 million . But it was taken from eBay because it is not legal to sell human liver through eBay.

A college girl has sold her virginity on eBay. She wanted to make money for her studies so she has auctioned it on eBay. she offered it for $ 10000. A businessman has paid her $10000 but he never claimed what he paid for.

For those people who feel hard to grow mustache, They got a  great chance. A mustache has been offered to you. But it is up to you whether you can transplant that or not.

For those who want a caring and loving friend, You can get a friend from eBay. You will win a best friend for $ 1500 who will be there with you for 3 months.

When a piece of toast projected like an image of virgin Mary, The whole world took notice and it has been auctioned on eBay. Starting bid was $ 99 even that is too much for a toasted cheese. But finally it has been sold for $ 28000.

One Corn Flake Shaped As Illinois- $1350

Two sisters from Virginia has sold the corn flakes for $1350 which looks like Illinois. If we have considered the shape of the corn flakes we eat, We could have earned a lot ! 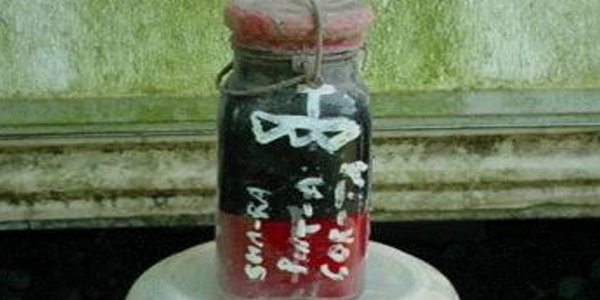 A man has put an auction for a  jar with ghost on eBay. He has told that, It was irritating him and he won’t be responsible if the ghost go out from the jar. The auction ended with $50,922 but unfortunately the bidder did not pay.

An Australian guy called “Ian Ushar” has sold his whole life on eBay. The auction included his car, job,house,jet ski and his friends. He has started a fresh life after $200,000 which he got from eBay.

Bridgetown,California was sold twice in three years. And the auction price is $1,800,000. Have you ever dreamed of buying your own city? You can buy it on eBay!