Teenagers Create Condoms That Change When It Detects STDs 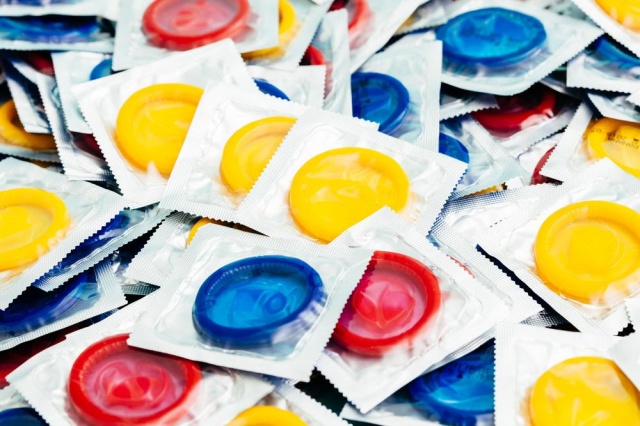 In our parents’ generation, practicing safe sex was almost laughable. They basically just shagged whenever they wanted to without giving it a second thought. This lead to a lot of teen pregnancies and the spread of STDs. Well, now you can practice even safer sex.

If you use a condom to begin with, you’re in a good spot. But how many times has a partner said to take it off to enhance the pleasure? Well, then you just wasted a good condom and may have exposed yourself to sexually transmitted infections or STIs. Well, luckily a few teens saw this issue and may have solved the problem.

They developed a condom that changes colors when coming in contact with an STI. It’s still conceptual and not ready for production, but teenagers Daanyaal Ali, 14; Muaz Nawaz, 13; and Chriag Shah, 14; are looking to get their condom design out to major manufacturers.

The way it works is that the condom is layered with antibodies that interact with the antigens of sexual diseases. When in contact with an STI, the reaction changes the rubber to different colors for different diseases. For example, for chlamydia it’ll turn green and yellow for herpes.

They say they have been contacted by condom companies so hopefully these bad boys go out and do their work!