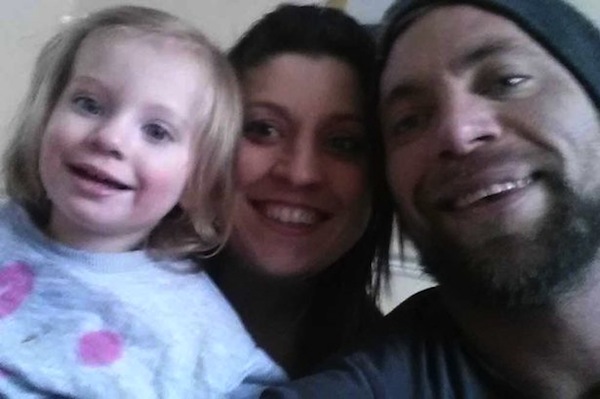 In today’s time, unfortunately appearance may dictate a child’s happiness. As any child psychologist will tell you, how a child grows up will determine how that child becomes an adult. Well, for Honey-Rae Phillips, half of her appearance is covered with a giant birthmark. The birthmark, reportedly, derived from a side effect caused by medical difficulties from post birth, has grown with her and nearly covers her entire right side.

Her mother, 40 year old Tanya Philips, said that little Honey-Rae had trouble breathing right after she was born. Shortly after birth, she was rushed into the SC Unit (Special Care) and was hooked up to an incubator. She told the Mirror, it broke her heart knowing that she will have to deal with it for the rest of her adult life.

Whenever the family went out, Tanya always covered Honey-Rae’s legs as to not draw attention from strangers. One time, she claims, she dressed her in shorts and just heard whispers and snickers from others who were nearby. After seeing how insensitive and almost cruel full grown adults can be, she imagined how terrible kids can be with their unintentional (sometimes intentional) bluntness. At this moment of her fear, her husband, Adam, realized that there is one solution to make her wife and daughter happier. How nice would it be if little Honey-Rae wasn’t the only one who looked like that?

Shortly after, the couple decided to duplicate Honey-Rae’s birthmark by having it tattooed on their own bodies permanently. It would serve as a permanent reminder that her parents truly love her for who she is and will always be there every step of the way.

Husband Adam first got it as a Christmas present from his wife. Shortly after, Tanya received the same treatment.

She told the Mirror,

It was incredibly painful, especially as I had a flower to cover some old star tattoos, but it was worth every second of the pain.

When the swelling went down, I showed Honey-Rae, and she gently touched it and smiled as she said ‘Match,’ pointing to her own leg.

It’s truly amazing that parents would love their child so much that they would go through the physical pain of tattoos that size and also share the emotional pain of judging eyes. Word on the street is that little Honey-Rae loves to touch her parents’ tats and then proceeds to touch her own, loving each moment. Truly a touching story. 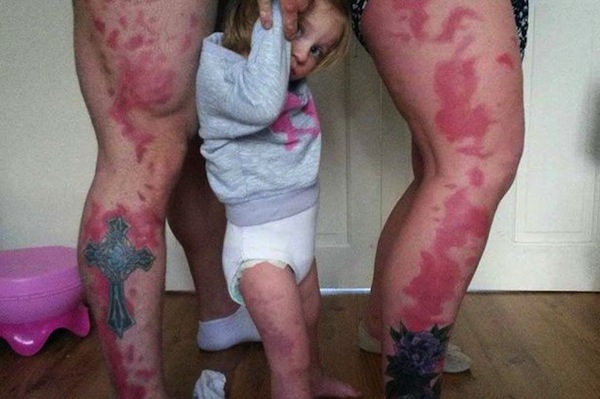 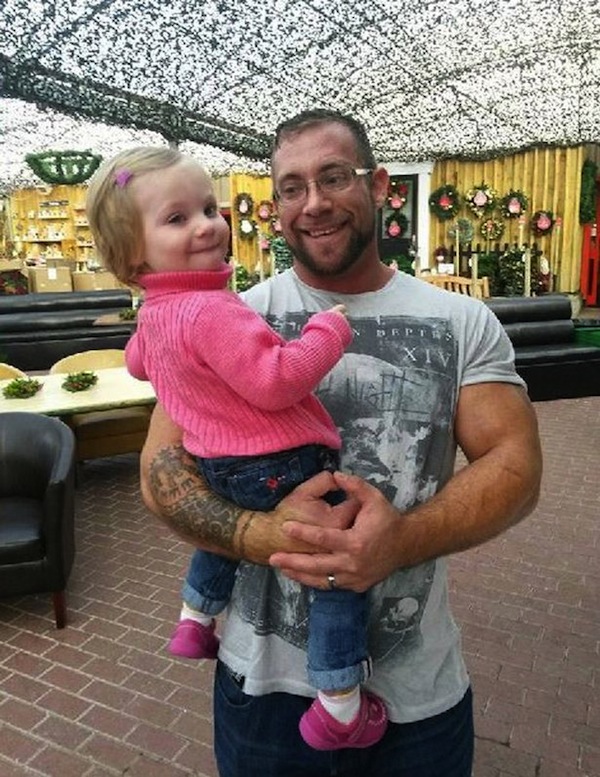 We heard this from www.elitedaily.com