10 Celebrities Who Own Exotic Pets

When it comes to the rich and famous, they prefer their pets to represent their bank accounts: expensive and exotic. For these famous people, an average cat or a cute pooch will not be enough. The trend today is to own the rarest, enviable and the most exotic pets.

Check out 10 famous celebrities with their exotic pets!

The 19 Year old pop star singer has a history of owning exotic animals. He’s had a albino boa constrictor, named Johnson which he auctioned it for charity, there after a Hamster named PAC which he handed over to an unknown girl to be taken care of. Mally the Monkey was his next most exotic Pet. However it was seized by customs in Germany after Beiber failed to provide the proper paperwork for the animal which was considered an offense as Bieber broke health laws by sneaking the primate into Germany using his private jet. He still owes Germany $21,000 for taking care of his pet.

How cute is it to get teacup pigs from your wife for Christmas? Victoria Beckham bought her hubby a couple of teacup pigs (also known as micro pigs) as an Christmas present.
Anyway, these cute little pigs were developed in Europe in the 1980s and 90s for medical research. Then somebody in the UK said, hey, these would make great pets! A trend was born and Victoria paid a price of $700 each to get them! 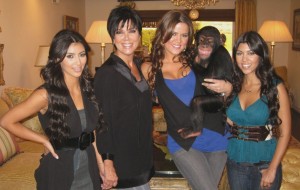 The Kardashian family adopted a pet Chimpanzee named Suzy who was 3 years old at the time and was on the TV show ‘Keeping Up With The Kardashians’. The actress wrote on her blog “It’s just like having an infant but worse because Suzy runs around like a teenager! She always needs to be fed, drinks out of a bottle and she loves Capri Sun juices!”

The King of Rock ‘n’ Roll, Elvis Presley adopted the Australian national animal as his pet after it was gifted to him in June 1957. Presley gave up and gifted the kangaroo to the Memphis zoo after repeated unsuccessful attempts to train the animal.

Boxing champion Mike Tyson who has a soft corner in his heart for pigeons, also once owned three Royal Bengal Tigers. Spending $4000 a month to take care of them and $1000 to insure them he owned two female white Bengal tigers named Kenya and Storm and the third one was a golden colored male big cat christened Boris. One of his pet tigers made a movie appearance alongside Tyson in The Hangover. Not too sure which one it was. Sad to say, the tigers were sent to a refuge in Colorado by the U.S authorities as he failed to acquire proper license for holding them. 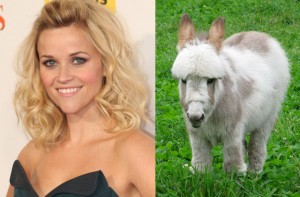 The American actress, film & TV producer Reese Witherspoon owns a farm of two pigs, 3 goats, 20 chickens, 3 dogs and one pony at her property in California. The latest addition was sweet and compassionate miniature donkeys named Honky and Tonky.

Ever seen a dressed up chicken as a pet? This American actress and fashion enthusiast has a Silkie bantam chicken named Coco. Tori seem to go everywhere with Coco on her hand and is one of Hollywood’s pampered pets. It has quite a wardrobe for all seasons and little carpets too.

Actor of Titanic fame bought himself a 38 pound tortoise for $400 from the North American Reptile Breeders Conference and Trade Show in Anaheim, CA in 2010. It was quite surprising to see Leonardo walk in and walk out with a 10 year old tortoise! This Sulcata tortoise could grow to as big as 200 pounds, and the species of that kind have an expected lifespan of 80 years. 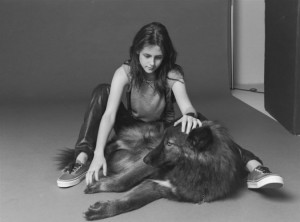 Twilight star Kristen Stewart’s pet wolf dog hybrid, Jack is actually the oldest of the many wolf-dog hybrids her mother has been raising. Wolf-dog hybrid’s are actually legal in only some states in America.
The starlet says that the animals are real sweet and good-natured, however, doesn’t really advice others to own wolf dogs as they are hard to take care of due to their unpredictable nature of the animal. 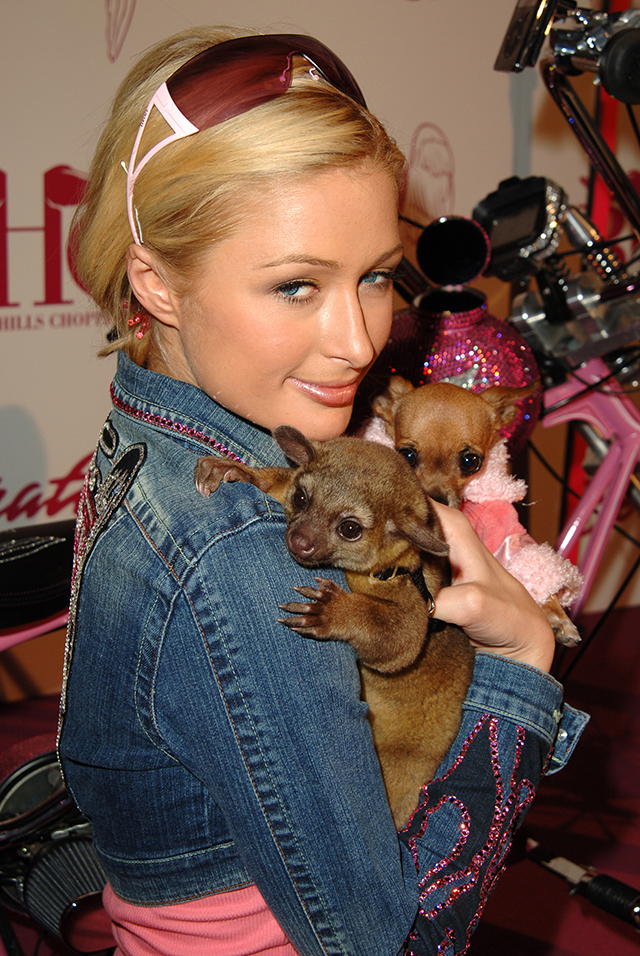 America’s famous socialite had a pet kinkajou named Baby Luv. Kinkajou also known as honey bears are nocturnal tree dwelling mammal native to central and south America which is an endangered species. Paris Hilton had to give away the pet to an animal sanctuary because it bit her while she was trying to play with it like any other cat or dog which caused her to go to the emergency room for a tetanus. No matter how rich you are, there’s a reason why it is illegal.