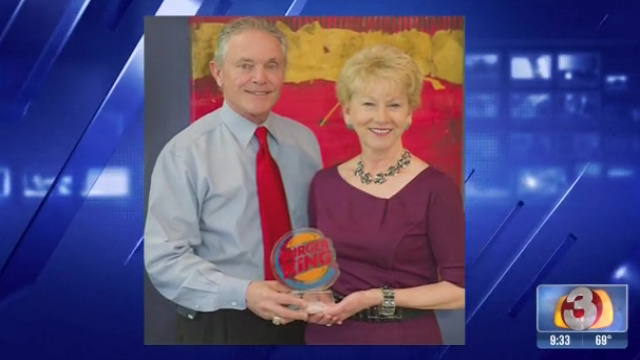 With a heavy focus on customer service and great scores on corporate inspections, Barnett Management won the award for the company’s 24 Burger King locations across the state of Arizona. The company actually even gave the owner Tom Barnett, a brand new Corvette and Rolex watch.

Eric Tejeda, a 15-year old employee, told 3TV, that the employees even joked around with Mr. Barnett asking for a quick spin in the Corvette. Instead of just allowing the employees to go for a joyride, Mr. Barnett went beyond imaginable for any business owner.

After selling the car and watch, Barnett and the other franchise owners collected money and divided the money among the restaurant employees. More than 100 employees received a portion of a total $120,000!! The money received ranged from a few hundred dollars to a few thousand dollars.

Shocked, Charity Callahan, a 15-year old employee, told 3TV, “It was almost an entire month’s worth of pay for me. They made us all feel appreciate. I just couldn’t believe it. I was in shock.”

“For him to give us that was really emotional,” said Sandy Olson,  started as a fry cook and worked herself up to a restaurant manager.

“The award needed to go to the people who got us here. It was the right thing to do,” franchise co-owner Shelley Krispin told 3TV. “We’re all better when we have people who work for us long term.”

Truly a great way to show appreciation to his employees, Barnett truly is an inspiration for other business owners and really should be applauded for his lack of greed.

We heard this from www.azfamily.com