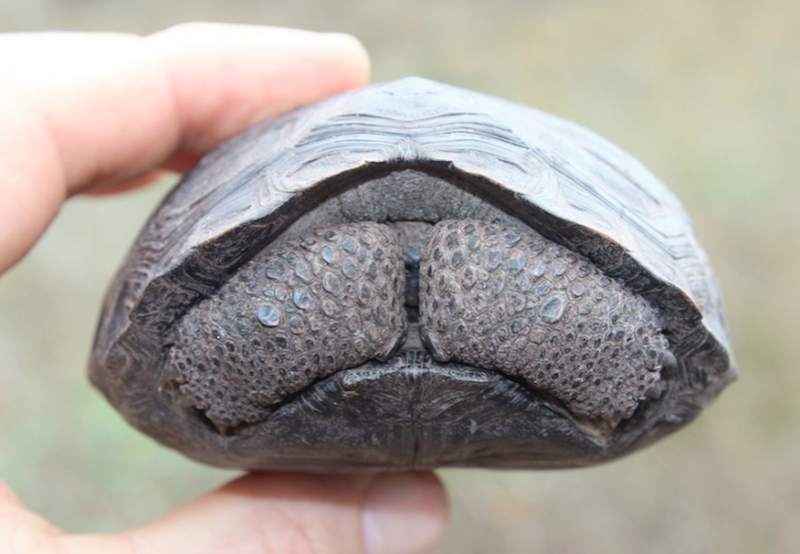 A study in December (2014) may have discovered the first giant tortoise hatchlings to be born in the wild in a very long time on one island in the Galapagos. Conservationists believe that what they found may be the first in well over a century.

After a two year rat eradication campaign, that was completed just two years ago, 10 baby tortoises were found on Pinzón Island. After black rats were first introduced to the Equadorian island by pirates and whalers in the 17th and 18th centuries, the tortoise population drastically reduced due to the fact that hatchlings were unable to survive in the hostile environment. In fact, almost no hatchlings survived during a period that lasted approximately 150 years.

The saddleback giant tortoise was on the brink of extinction by the 1960s with only about 100 left in existence. It’s sad, but the only thing that was keeping the species alive was the longevity of life of the adults (lifespan of over 100 years).

Thanks to the rat eradication project, not only were the islands clear of the rats, but also the discovery of tortoise population recovery was made.

Starting from the 1960s, when the Galapagos National park and Charles Darwin Foundation were created, eggs were strategically collected, hatched and raised in capacity. After several years of growing, they were released back into the wild when they could withstand the environment.

Only 11 out of 15 types of Galapagos Tortoises have survived near extinction after people began hunting them for food. Also, non-native predators, like rats and pigs, were also detrimental to the species. The population that just only escaped extinction lived on Española, where the species had only 3 males and 12 females left. The remaining tortoises were then brough to the Charles Darwin Research Center, where they were held in captive for a breeding program. Successfully, they’ve reproduced about 1,200 progeny which have since then been released back in the wild.

Now, thanks to the rat eradication program, the saddleback tortoises have begun to repopulate the island without aid, like how they originally did it hundreds of years ago. Thanks to the captive breeding program and a healthy environment, the tortoises will soon inhabit the islands peacefully. It’s great news for the Earth.