10 Stupidest Criminal Excuses Of All Time

Criminals have gotten creative with their excuses to get away with the crime. As crazy as it sounds these are some of the excuses that criminals have actually said to the officials!

The cat did it! 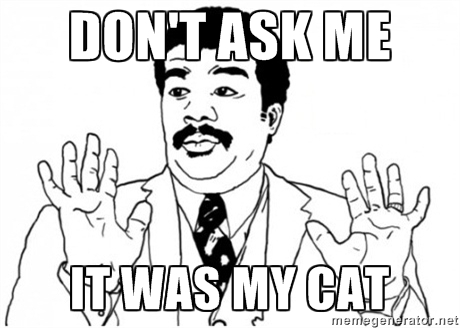 We stole because it said it was FREE 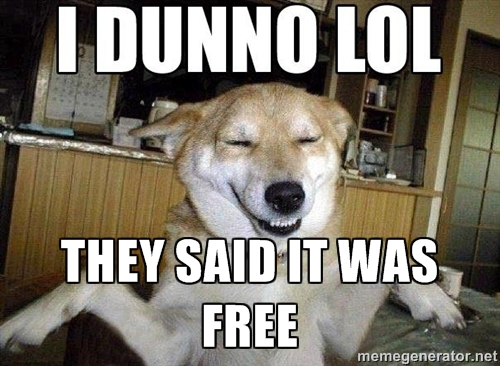 In 2011, a couple was charged with burglarizing a home in South St. Paul, Minnesota. The victim said she was putting her kids to bed upstairs when she heard someone in her house. When she went downstairs, she discovered a couple running out the back door and called the police. They stole a tool box, a laptop computer, a desktop computer, various tools and wires and a large blue duffel bag containing a woman’s purse and various items. When Charles and Pernella Bull were arrested, they told police that a friend informed them the house was listed as a “free” on Craigslist. Pernella said entered the house and asked “Is anyone here?” but got no response. She said she assumed the place was “vacant,” and starting taking items and giving them to her husband outside. Because, you know, everything was “free.” Just to make sure, an officer did search for the victim’s house on Craiglist under the free section, and couldn’t find it 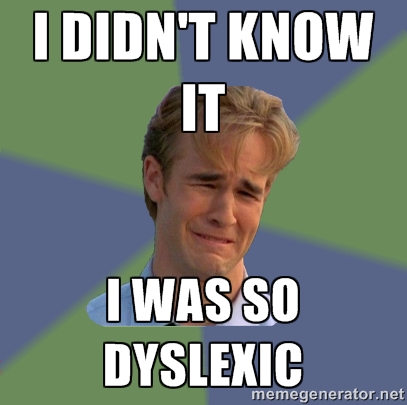 In 2010, Matthew Cook was spotted weaving in and out of traffic. A concerned driver dialed 999 and officers clocked the 40-year-old doing 103mph on a 60mph limit UK road. When the officers questioned about his driving, Cook claimed he did not realize he was going so fast because he is “dyslexic.” Unsurprisingly, police were skeptical about Cook’s explanation and banned him from driving for three years. Poor guy..

I’m not drunk, but the horse is! 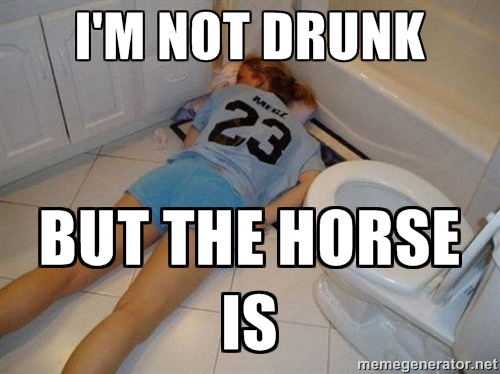 A woman living in a rural area after drinking a lot, decided to go meet her sweetheart, by stealing the horse nearby! Tracy Nadine Ellenburg drunk rode the horse and tied the horse to a bench near a convenience store. The police confronted her and she said the horse was drunk, not her, and therefore the horse was at fault for the erratic riding.

I was trying to roll up the car window! 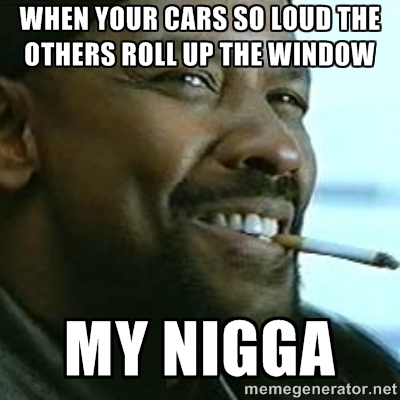 In 2009, after hearing a car’s alarm three times, security guards found 28-year-old Weston Reynolds rifling through the glove compartment of a Honda Civic at a garage in Hayes Valley, San Francisco. But wait! Reynolds had an explanation. He happened to be walking by, and saw the unlocked car with the window down, He thought he’d be a Good Samaritan and, you know, roll it up. However, the car had automatic windows, so he went through the glove compartment looking for the owner’s contact information in order to alert him or her to the problem. Wouldn’t you do the same thing? In a bizarre twist, he also called the car owner’s emergency roadside assistance number, which he had found in the paperwork. Such a nice guy. Police discovered he was on active parole for grand theft at the time of his arrest, and he later admitted that he had used methamphetamine the night he undertook his act of concerned citizen. In the end, the jury only convicted him of a lesser charge, misdemeanor vehicle tampering, following a two-day trial, so by now he’s probably free to keep “helping out” other San Francisco car owners.

I was looking for members of ISIS 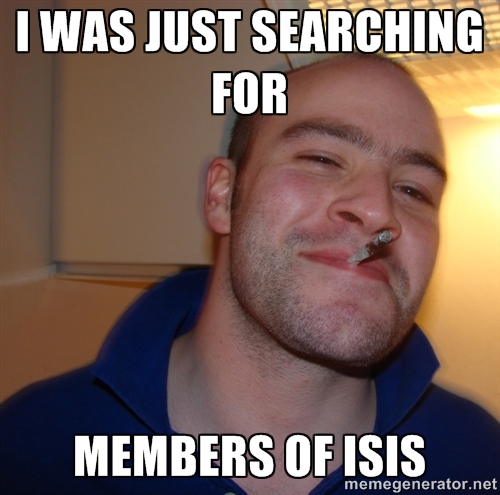 After being arrested for stealing items from students’ cars at a high school, Lisa Carol Roche, a woman from Mississippi, had a perfectly reasonable explanation – she was searching for members of the terrorist organization ISIS. Aren’t we all looking for ISIS? Well, the Jackson County Police weren’t, or at least not at a high school. Roche was taken to jail and held without bond pending an initial court appearance.

I’m not drunk, I’m a werewolf 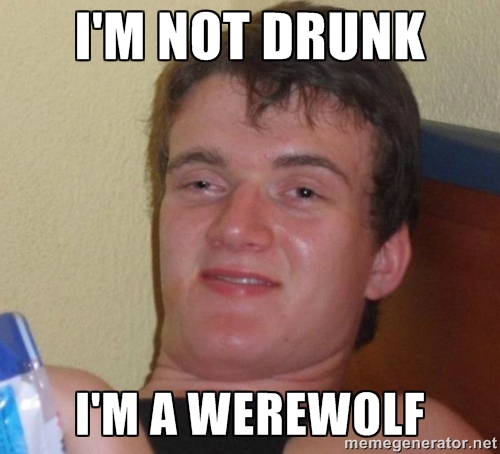 After drinking copious amounts of vodka, a man from Ohio started fighting with people and kicked a dog cage. A few hours later, deputies found him passed out inside a trailer filled with knives, swords and other edged weapons. When asked about the incident, the 20-year-old told Lorain County sheriff’s deputies he had been “scratched by a wolf” in a trip to Germany and now “goes on the attack when the moon’s out.”

It’s a part of the new Batman movie 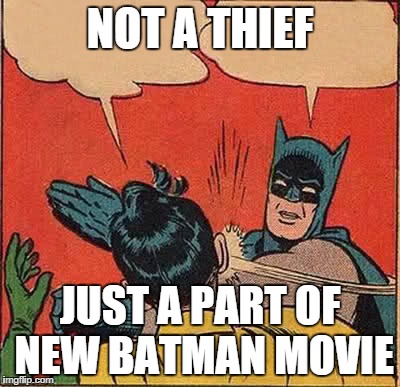 In 2011, a man in Pittsburgh wearing a black and gold tank top tried to carjack another man’s Chevrolet Impala. The car’s owner turned out to be a police detective, who pulled out his gun and arrested him. What was the best excuse he could think of? The Batman movie “The Dark Knight Rises” was filming about 250 miles away, so he said he was involved in the Batman film and taking the car was part of the story.

I’m Not a Bad Driver, It Was a Tarantula Attack 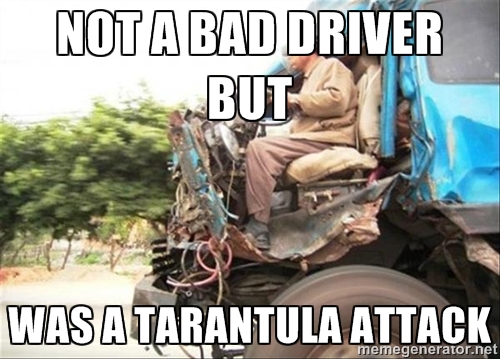 As Lee Solarski was tooling along one day, he crashed his car into both a mailbox and a pickup truck, as one does. Being a responsible citizen, he immediately drove the ballshits away, not realizing that a witness had written down his license plate number.When the police tracked him down, Solarski explained that he’d crashed because his passenger had a tarantula in the car with them. The tarantula had gotten loose and was biting Solarski, causing him to lose control of the car during the attack. To his credit, we admit a rampaging tarantula would be enough of a reason to crash anything.

This prostitute was going to show me where to buy tomatoes 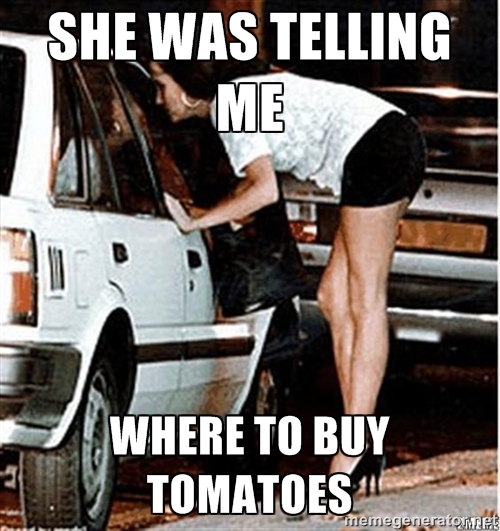 In 2013, UK police discovered a known sex worker waiting inside a car. The car’s owner, Muhammad Ikhlaq, was nearby getting cash from an ATM. When questioned, Ikhlaq told cops the money was for tomatoes and that the woman was going to show him a good place to buy them. Ikhlaq was found guilty of soliciting and fined 400 pounds.