What’s a t-shirt for? First off, it’s actually to clothe you and cover your parts. It’s alternative function is for you to make a statement. Well, with these shirts, the statement you’re making is that you’re an awesome person for sporting these terribly clever t-shirts! It’s not so much you’d actually wear them, but it’s more like you should appreciate the cleverness of the designers! 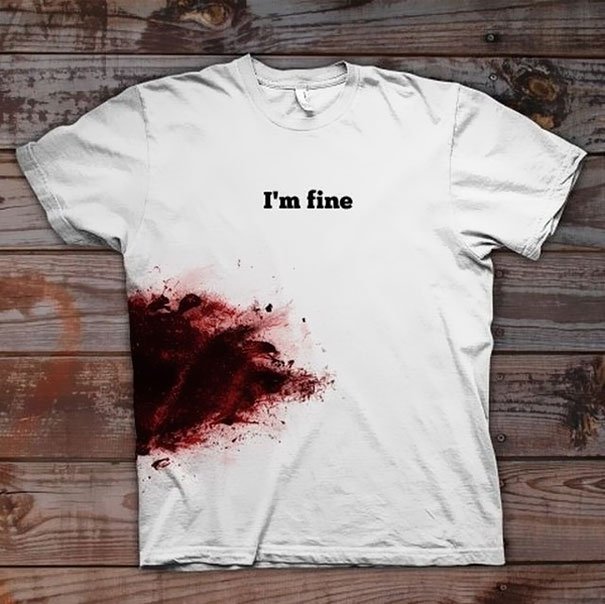 This is a pretty awesome shirt because it perfectly depicts what one would say if they were really in that situation. Makes it look like you’re super tough and chill because you got hurt, but you just blow it off like a tough guy. 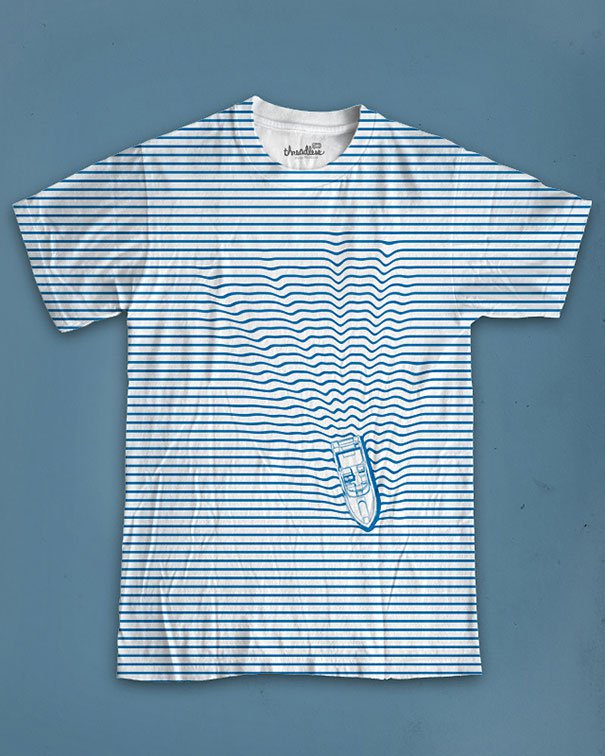 We like this shirt a lot mainly because it’s just so pretty and simple. The designer took the striped shirt concept and created an ocean of creativity. 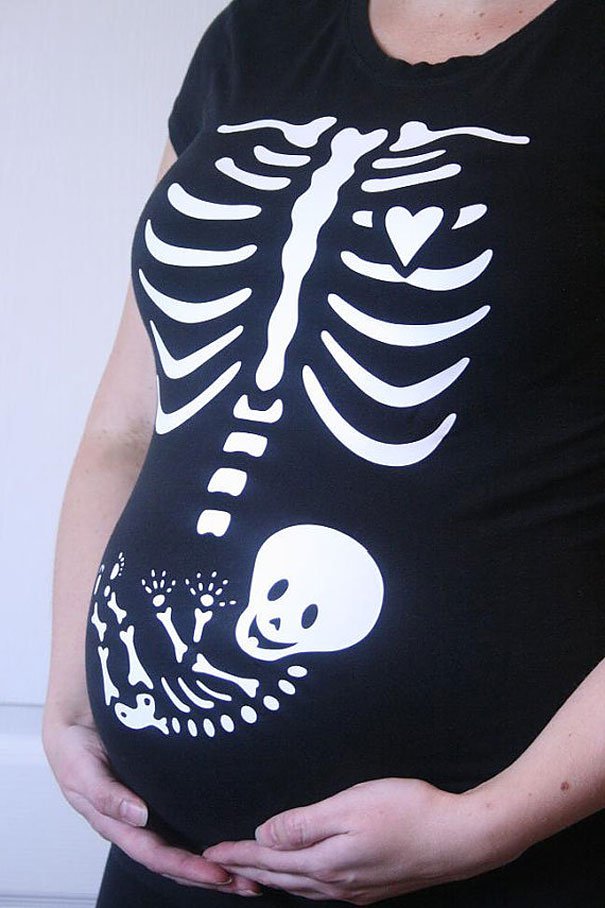 Pregnant? It’d be perfect if you were pregnant during the Halloween season. Even still, it’s a pretty awesome shirt every other month of the year.

7. Cut In Half Shirt 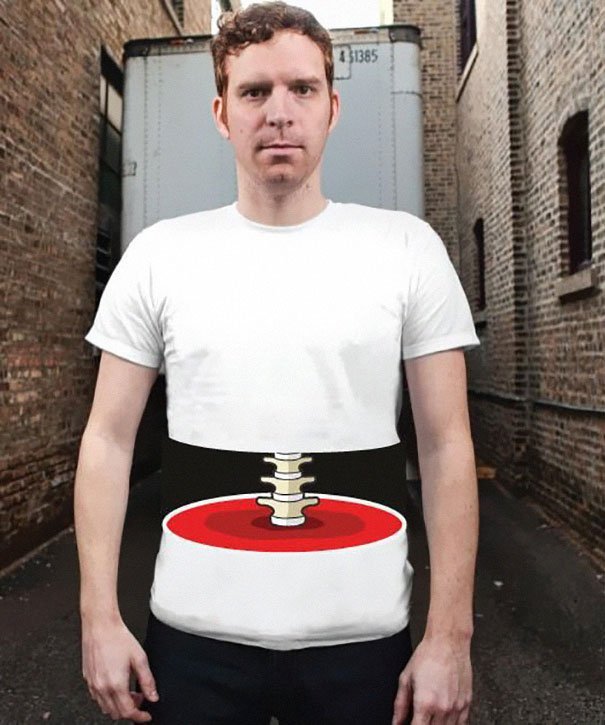 I bet you this shirt looks more awesome against a dark background. Pretty clever in terms of concept, but beware. The shirt will make you look shorter! 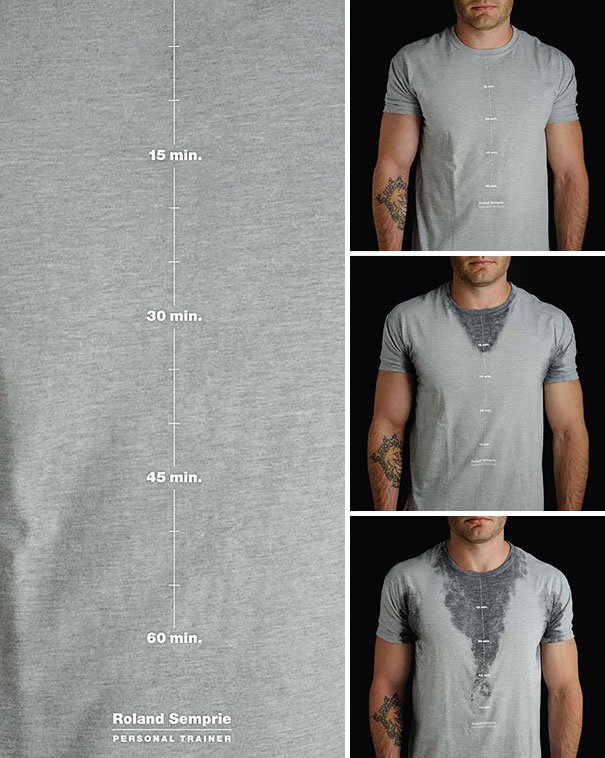 We really love the idea behind this shirt. The one time you do want to show off how much you sweat, put this shirt on. I wonder if is really accurate or not? 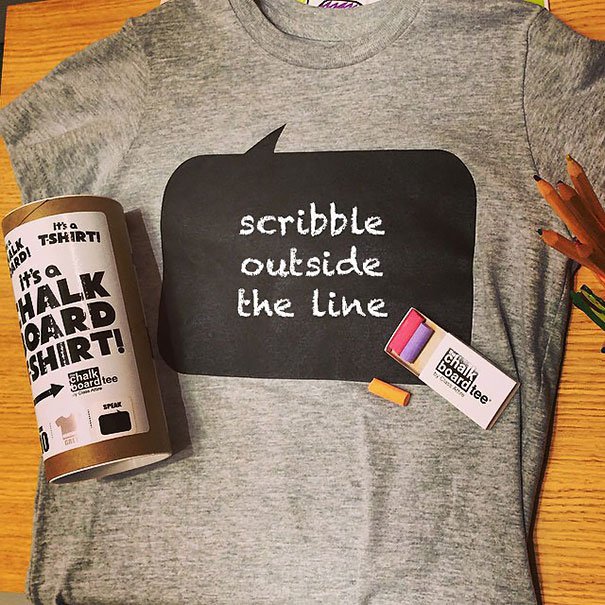 I like the concept, hate the shirt. I’d hate for random people to draw on me! But for those artists, they could probably appreciate this a lot. 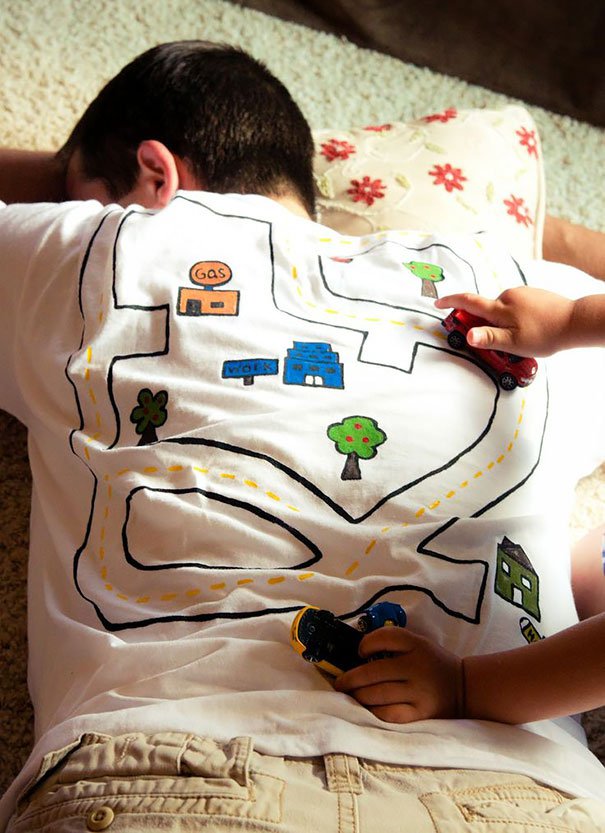 So cute, So clever. 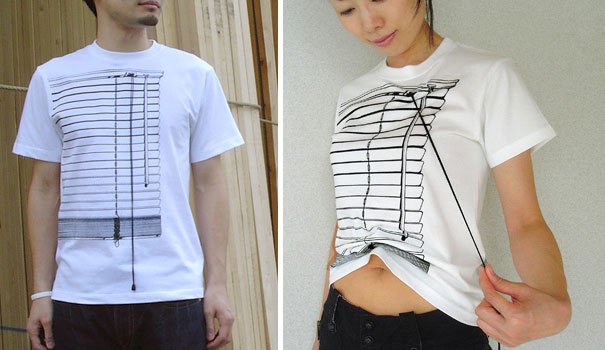 It’s a bit racy, but it’s an awesomely clever concept. 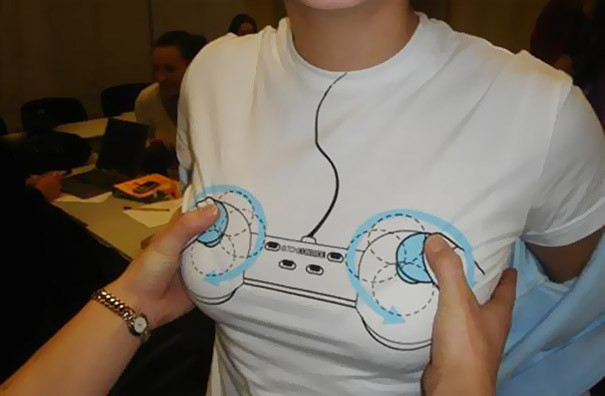 I wonder if this shirt would look good on guys? Heh..This is a questionable shirt to actually wear out in public, but hey~ gotta give it to the designer! It’s awfully clever. 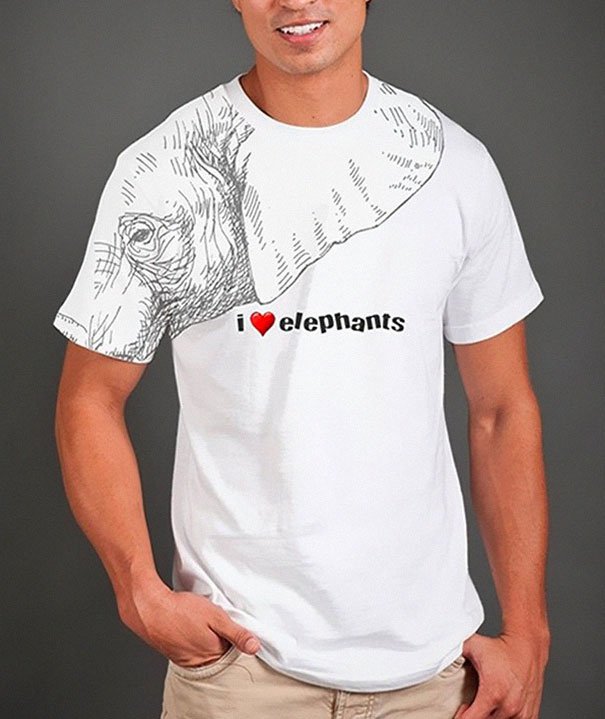 Love this shirt! It’s so simple and it uses your as an extension of itself! So smart!